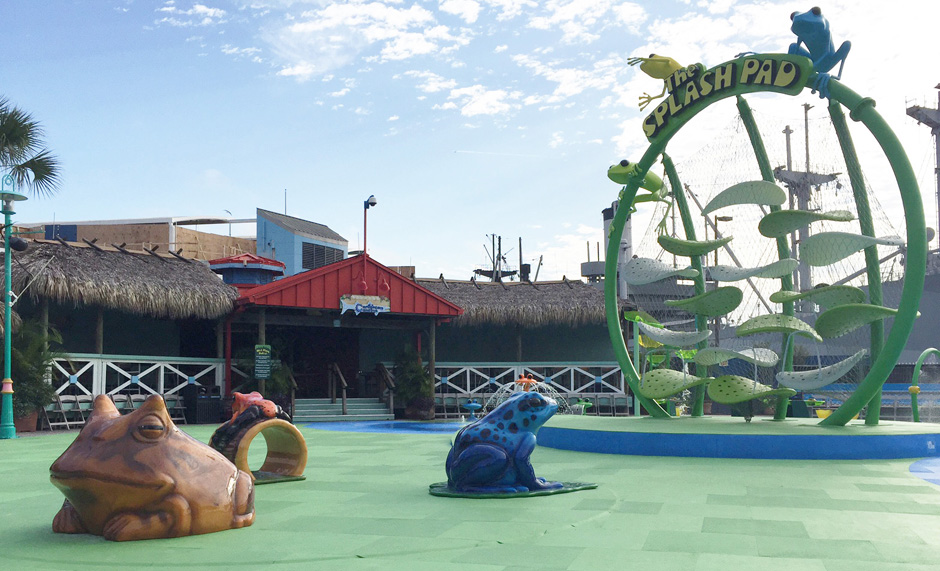 The Florida Aquarium in Tampa, FL takes its mission seriously. The nonprofit organization sees over 800,000 visitors annually and does its part to educate young and old about water conservation, marine biology and the role of water in Florida’s ecosystem. In order to keep that mission alive, the aquarium recently replaced an aging water play area with a state-of-the-art area called “The Splash Pad,” and the fun amenity seems to have done its job.

“It’s a big draw for new members,” says Katherine Claytor, Public Releations Manager. “It’s a fun, safe environment for parents to take kids. Inside, the aquarium is air conditioned. Outside, kids can play in water. Both are great in the Florida heat and we get to extend our message to more people.” 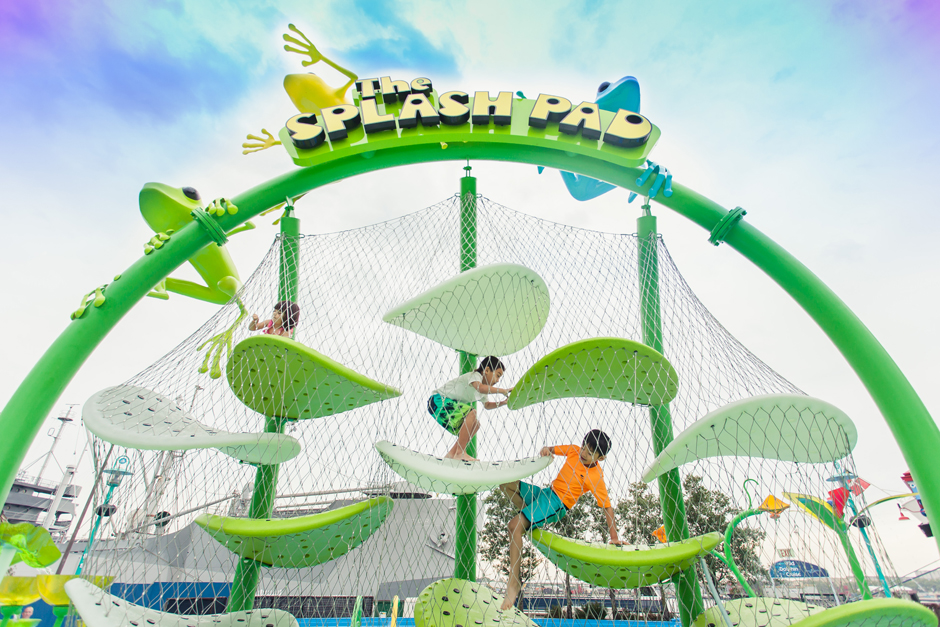 As the cornerstone of Florida’s Channel District in Tampa, the Florida Aquarium is proud of its role in the area’s booming redevelopment. Built in 1995 when the district was filled with empty warehouses, the aquarium recently celebrated its 21st anniversary and today is surrounded by stunning new developments, including the Tampa Marriot Waterside and the Tampa Bay Lightning Amalie Arena.

Fifteen years ago, the aquarium was looking for a way to attract more families and realized that an empty courtyard held the answer. They turned it into a pirate-themed water play area, including a cantina nearby for thirsty parents.

“It was hugely successful,” says Claytor. “It helped us to recruit members who were looking to do something more with their kids outside.” 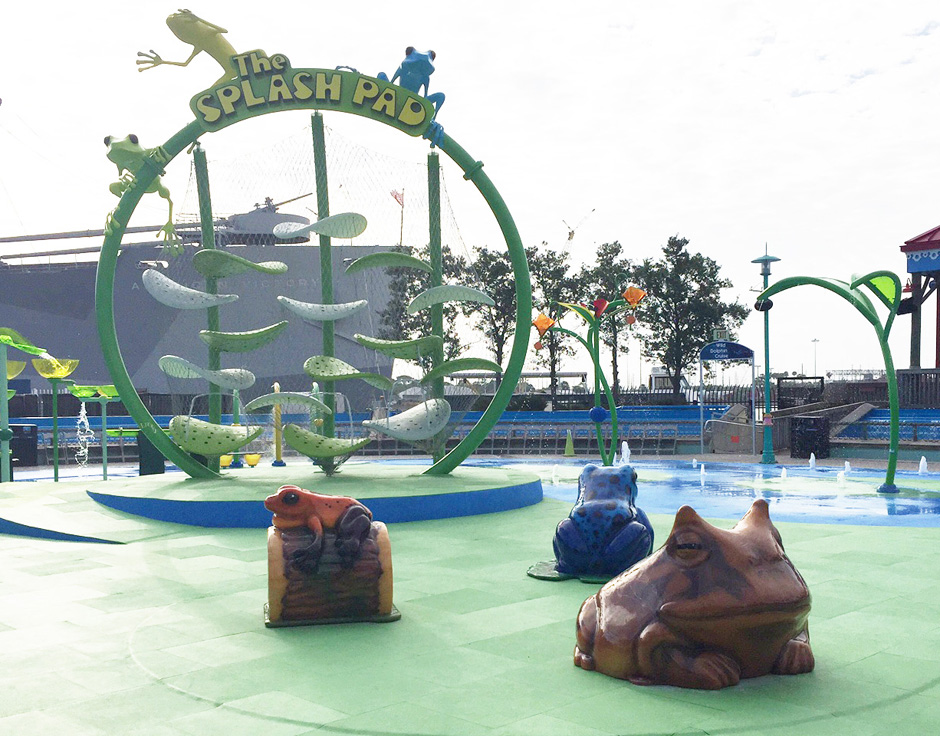 Recently, the aquarium underwent a capital campaign and leaders cast their eyes upon the aging play area.

“We knew it was time to refresh the area,” says Claytor. “It was getting harder to maintain and the technology for water play areas has advanced tremendously. We wanted something new and fresh with new tech!”

The aquarium decided upon a rain forest theme and titled the new amenity, “The Splash Pad.”

“We picked elements that emulate that theme and add dynamic fun to the area, such as dump buckets, spray zones and interactive water tables,” says Claytor. “We want to keep kids interested in water, the way it moves, and what happens underneath it. This play area supports that mission.”

“The frogs are cute, colorful and soft,” says Claytor. “They add fun but they keep kids safe, too.”

Spencer Trimble, Soft Play’s Business Development Associate for Aquatics, says it was an honor for Soft Play to contribute to the Florida Aquarium’s outreach goals.

“The Florida Aquarium is a staple in the Tampa community and this new water play area will help to introduce more people to the aquarium and to water conservation concepts,” says Trimble. “We’re thrilled to have our products serve part of that mission!” 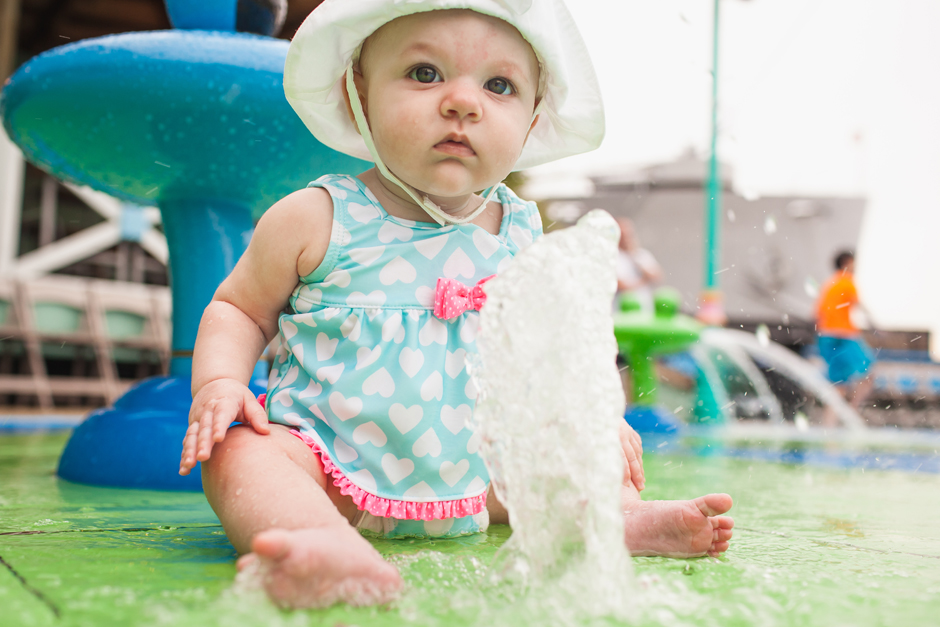 About The Florida Aquarium: